In 2018, the official retirement age in Russia was abruptly raised from 60 to 65 for men and from 55 to 60 for women. The rise was motivated by the necessity to keep the deficit of the Russian Pension Fund, caused by population ageing and a shrinking labor force, under control. During years preceding this decision, the authorities had assured the population that no measures of this sort would be considered. The study assesses the initial causal effects of the 2018 increase in retirement age on the subjective well-being and economic sentiments of Russian individuals. Using the difference-in-differences and the synthetic control approaches, we show that people close to the retirement threshold and presumably most affected by the pension reform became less confident in the current and future economic situation in the country and in their personal future prospects and financial situation. 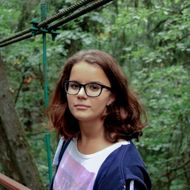